Calls for Peace Cannot Be Sentenced!

Academics for Peace have been threatened, subjected to judicial and administrative investigations, dismissed from their public posts; their rights to freedom of movement and work have been violated after sharing with the public the call “We Will Not Be a Party to This Crime!” Their right to freedom of expression and academic freedoms have been disregarded.

While different assize courts have been handing down different sentences based on the same indictment, the 3rd Penal Chamber of Istanbul Regional Court of Justice has upheld the conviction verdict against Prof. Dr. Füsun Üstel under Article 7 § 2 of the Anti-Terror Code (ATC) within the latest chain of this oppression. 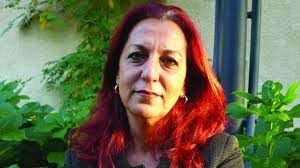 The last paragraph of Article 90 of the Constitution of the Turkish Republic prescribes that “In the case of a conflict between international agreements, duly put into effect, concerning fundamental rights and freedoms and the laws due to differences in provisions on the same matter, the provisions of international agreements shall prevail.” Legislators replaced Article 7 § 2 of Law No. 3713 with Article 8 of Law No. 6459 in order to meet the conditions of this provision. The grounds for the related amendment was stated to be: “The ECtHR held that statements not involving incitement to violence fell under freedom of expression and sentencing individuals within the scope of Article 7 § 2 of the ATC was contrary to freedom of expression based on statements that did not incorporate expressions encouraging persons to resort to violence or to armed rebellion.” Therefore, it has been put forth that the law was amended by the addition of the phrase “so as to legitimize or praise methods involving force, violence or threat, or to encourage the use of such methods” to render the standards of the offense on par with ECtHR judgments.

The ECtHR has handed down more than 240 judgments on Turkey’s anti-terror legislation. According to the criteria developed within the framework of these judgments, a declaration cannot be sentenced unless its “antagonistic language promotes violence, armed resistance or rebellion, or is qualified as hate speech although some of its passages paint an extremely unfavorable picture of the Turkish State, thereby, adding a hostile tone into the narrative.”

Indeed, the ECtHR concluded in its judgment on the case of Gümüş and Others v. Turkey that the conviction of the applicants, on the grounds that they had signed a declaration arguing that the “civilian population was being bombed,” “the attack qualified as war and the provisions of the Geneva Conventions should thusly be implemented,” “the attack was reminiscent of genocide” and “the Kurdish people were exposed to massacre,” was a violation of Article 10 of the Convention.

Investigating and sentencing the declaration called “We Will Not Be a Party to This Crime!” is a blatant negation of freedom of expression standards set and developed in ECtHR’s judgments on Gümüş and Others v. Turkey and tens of other similar judgments.

Now that the Regional Court of Justice has shared this attitude amounting to an overt attack on academics and academic freedom joining the ranks of different public prosecutor’s offices, the Ministry of Justice that allowed for the investigation of the text under Article 301 of the TPC and many assize courts that passed verdicts, this reveals the fact that the judiciary in Turkey hands down judgments without having regard to international human rights conventions, therefore, the Constitution itself along with the fact that the courts have lost their independence in its entirety.

These trials, which have come to symbolize the downright disregard of international human rights standards by the Turkish judiciary and the sate, should forthwith be finalized and all the academics standing trial for signing this text should immediately be acquitted without delay.

To these ends, The Human Rights Association,

Click to receive updated information about violations against Academics for Peace: https://barisicinakademisyenler.net/node/314