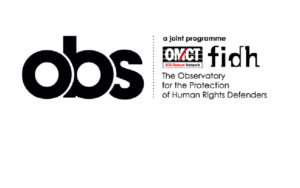 The Observatory for the Protection of Human Rights Defenders, a partnership of the World Organisation Against Torture (OMCT) and FIDH, requests your intervention in the following situation in Turkey.

Description of the situation:

On November 18, 2020, an Istanbul Penal Court of First Instance charged 46 peaceful protestors, including relatives of those who were forcibly disappeared as well as the members and executives of the Human Rights Association (İnsan Hakları Derneği – İHD), with “unarmed participation in an unauthorized assembly and refusal to disperse despite warnings” (Art. 32 of the Law on Assemblies and Demonstrations), in connection with their participation in the Saturday Mothers/People’s 700th gathering held on August 25, 2018 despite the ban imposed by the Beyoğlu District Governorate.

Through its decision to launch a criminal prosecution, the Court accepted the indictment presented by the Terrorist Offences Investigation Bureau of the Istanbul Chief Public Prosecutor’s Office, which argued that the Saturday Mothers/People’s 700th vigil had been banned by the authorities to “guarantee national security, public order, public morality, public health and to prevent the commission of crimes.” The first hearing in their case will take place on March 25, 2021. At the time of publication of this urgent appeal, the 46 individuals remain free pending trial. If convicted, they could face up to 3 years of imprisonment.

The Observatory recalls that on August 25, 2019, the police dispersed the 700th vigil by force, using tear gas and rubber bullets, and 47 protestors were detained. Subsequently, on August 27, 2018, the Ministry of Internal Affairs “justified” the use of force by the police on the ground that the mothers were “being exploited by terrorist organisations” and that those organisations were “using the concept of motherhood to create victimisation, masking terrorism and polarising society”.

The Observatory expresses its utmost concern over the judicial harassment and the excessive police force used against the 46 participants in the Saturday Mothers/People’s vigils. The Observatory further condemns the systematic restrictions on the right to peaceful assembly in Turkey and recalls that no prior permission or approval is required to enjoy the right to peaceful assembly guaranteed under Article 34 of the Constitution of Turkey.

The Observatory urges the authorities in Turkey to immediately and unconditionally put an end to all forms of harassment, including at the judicial level, against the 46 participants in the Saturday Mothers/People’s vigils, and calls for a thorough, prompt, transparent and impartial investigation into the allegations of unlawful use of force by the police.

Please write to the authorities of Turkey asking them to:

i. Guarantee in all circumstances the physical integrity and psychological well-being of the participants in the Saturday Mothers/People’s vigils and of all human rights defenders in Turkey;

ii. Put an end to all forms of harassment, including at the judicial level, against the participants in the Saturday Mothers/People’s vigils and all human rights defenders in Turkey, and ensure in all circumstances that they are able to carry out their activities without hindrance and fear of reprisals;

iii. Ensure an enabling legal, institutional and administrative environment that effectively guarantees the right to freedom of peaceful assembly, as enshrined in Article 11 of the European Convention on Human Rights and in Article 21 of the International Covenant on Civil and Political Rights.

Please also write to the diplomatic missions or embassies of Turkey in your respective country.