The Observatory for the Protection of Human Rights Defenders, a partnership of FIDH and the World Organisation Against Torture (OMCT), requests your intervention in the following situation in Turkey.

Description of the situation:

The Observatory has been informed by reliable sources about the arbitrary arrest and the judicial harassment of Ms. Gülseren Yoleri, a human rights lawyer and Istanbul Branch President of the Human Rights Association (İnsan Hakları Derneği – İHD). 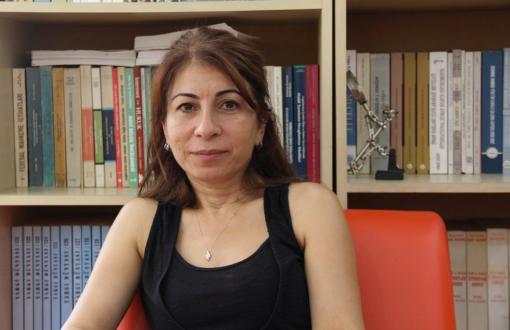 According to the information received, on February 6, 2020, police officers arrested Ms. Gülseren Yoleri at her home in Istanbul and took her to Sarıyer District Police Directorate to take her statement in the framework of an investigation that was launched against her in relation to a speech she gave on October 12, 2019 denouncing the ongoing Turkish military intervention in Syria at the 759th gathering of the Saturday Mothers (see below). Ms. Yoleri was released after depositing her statement. As of issuing this Urgent Appeal, the investigation is still ongoing, and the prosecutor is yet to make a decision on whether to launch a criminal case or not.

On October 12, 2019, during the 759th gathering of the Saturday Mothers  in Beyoğlu, Istanbul, the police attacked a sit-in action in front of İHD offices in Istanbul. At the time, the Saturday Mothers were holding their weekly peaceful sit-in action in front of the İHD İstanbul office . As usual, they displayed photos of their family members who were forcibly disappeared in the 90s. Ms. Gülseren Yoleri read a press statement demanding justice for those forcibly disappeared and denounced the ongoing Turkish military intervention in Syria. In response, the police dispersed the crowd using tear gas and truncheons .

The Observatory firmly condemns the arbitrary arrest and the judicial harassment of Ms. Gülseren Yoleri, which seems to be only aimed at punishing her for the legitimate use of her freedom of expression and her human rights activities. The Observatory calls on the Turkish authorities to immediately and unconditionally put an end to any acts of harassment, including at the judicial level, against Ms. Gülseren Yoleri and all the human rights defenders in Turkey.

Please write to the authorities of Turkey asking them to:

i. Put an end to all forms of harassment, including at the judicial level, against Ms. Gülseren Yoleri and against all human rights defenders in Turkey;
ii. Comply with all the provisions of the United Nations Declaration on Human Rights Defenders adopted by the UN General Assembly on December 9, 1998, in particular its Articles 1 and 12;

Please also write to the diplomatic missions or embassies of Turkey in your respective country.

Kindly inform us of any action undertaken quoting the code of this appeal in your reply.

The Observatory for the Protection of Human Rights Defenders (the Observatory) was created in 1997 by FIDH and the World Organisation Against Torture (OMCT). The objective of this programme is to intervene to prevent or remedy situations of repression against human rights defenders. FIDH and OMCT are both members of ProtectDefenders.eu, the European Union Human Rights Defenders Mechanism implemented by international civil society.